At this very moment where I am writing this article, Mark Zuckerberg and Jack Dorsey, CEO’s and founders of most social media, are being interrogated by the Senate in the United States. After all they are American companies, aren’t they? You can follow the hearing on YouTube and on tv if you live in the US. I find it very interesting, because you receive at least a little more information about how these companies actually work. I also drew a perhaps strange conclusion after having heard all this, but I’ll explain everything in a minute.


This is one of the places on YouTube where you can watch the hearing, via NBC, but many other channels also broadcasted it. I had never seen Mark Zuckerberg and Jack Dorsey live, so that was nice. There where I had come to think they were on the wrong side of justice and evil guys, I saw in their expression and heard in their voice they were totally sincere and open. Both gentlemen really believe that what they are doing – censoring opinions on their platforms – is the right thing to do. I had the impression they don’t know a lot about politics and such and they’re just nerds in love with zeroes and ones. Their personnel however may be less naive and so some work needs to be done in order to pump some logics into them. As I see it, it’s really, really difficult for an internet company like Twitter, Facebook, Instagram and so on to have deep political views and medical knowledge, so they can moderate people uttering possibly dangerous or rioting words or spreading fake news. Imagine how hard it is for such companies to also create math formulas – algorithms – that do this job.

What happens all the time, is that social media are criticised and have to cope with more and more complicated issues. They are asked to have views on Covid19, on the elections in the USA, on the question if social media are addictive, on terrorism and what to do about that and on a lot of things more on a daily basis. Then they are asked to make their math formulas to regulate their customer’s online behaviour. They would need experts in sociology or politics for that and doctors for medical issues. Theologists for religious issues and so on. I haven’t got the impression social media companies have such scholars working for them, but even if they do, it’s still very hard to find objective standards. Politicians can’t agree about such problems, so how can we expect from internet technologists to make something out of it? If they have e.g. a political scientist who is a Democrat, this person will have all their political opponents silenced with math! If they have a Republican – or a more right-wing person – the media who form opinions, will start shouting and yelling that “the far-right”, who are just people who think logically, are all over the place. You know how it goes. Social media find themselves in front of a yawning gap, where anything they do, is wrong.

Can we do something about that? Well … actually I think yes. I would love to say: both sides are partially right, but unfortunately the left-wing is wrong here. Under no circumstances you may silence people. The only thing you can do something about is when someone holds a smear campaign, offends someone else, deliberately provides people with wrong information and when someone uses bad language. So a hate speech by let’s say an imam is more or less allowed, but people who feel offended by it, can file a complaint or a lawsuit against him. News that isn’t true according to some wouldn’t be called fake news, but people would be free to see for themselves what they want to believe. A social media platform can at most put a warning that the information isn’t scientific, proven or generally believed if we really take our democratic rights seriously. Today in the American Senate I see many Democrat senators push their opinion on Mark Zuckerberg and Jack Dorsey and I see them trying to force them to agree with them and do what they want: censor anyone who doesn’t share their views. They immediately become aggressive whenever Zuckerberg and Dorsey don’t give in to them. That is a threat to democracy, not President Trump with more than half of the country behind him, trying to have honest presidential elections without voter fraud.

Facebook and Twitter work with the police to help catch criminals who traffick children or who plan terroristic actions. This is something we don’t hear so often about them, yet it is true. Privacy is always an issue, especially on Facebook, but tech is a weird science. Let’s be honest! I was really surprised to hear Mark Zuckerberg say he didn’t have a clue if Facebook follows its customers outside the platform. We have to wait for the straight answer to that question and also accept it when it will be given. The Senate asked for it, so we will know within a short time. It’s not impossible that third parties follow Facebook users. You never know! What became very, very clear to me today is that “Big Tech” is not the ultimate responsible for the democracy destroying parties in our society. They are also followers of rules and they try to do their best in being correct in all kinds of issues they don’t know too much about. I bet the thought that their users may think Facebook and Twitter act as if they know everything better and decide for others what to believe never occurred to them. It is a short article today, but it has cost me an enormous amount of energy. So I wish you a great evening or else goodnight!

Natassa News needs your support as an independent journalist!!

You can also donate by the well-known Dutch website Backme.org by clicking here 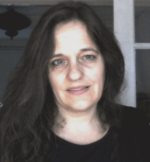